DOUVRIS Orleans has an approach to karate, fitness, and leadership that is unique in the region. 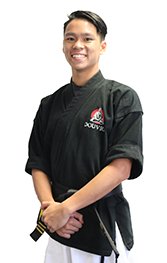 Sensei Ben began his karate career in 2005 studying with Sensei Domenic and Sensei Fortunato Aversa at Douvris Martial Arts Westboro and then with Master Sensei John and Master Sensei Peter Douvris at Douvris Martial Arts Ottawa South (Headquarters).  In addition to instructing at both the Ottawa South and Kemptville locations and attending classes at Carleton University, Sensei Ben has been competing nationally and internationally for six years and has won multiple national, international and WKC World championships in forms, weapons and sport karate point sparring as a junior and adult competitor.  Karate is an integral part of life for Sensei Ben. He enjoys teaching, seeing students’ skills and confidence improve, and passing along his passion for the sport to others. 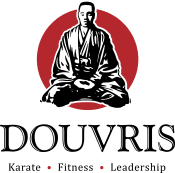 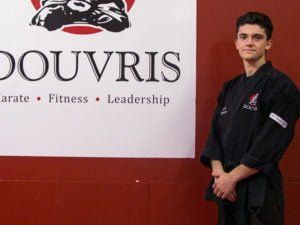 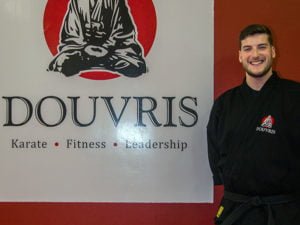 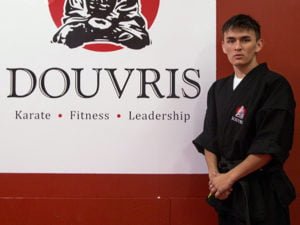 DOUVRIS Martial Arts strongly believes in developing the character of our students along with the martial arts skills we teach them. The Striving for Excellence character development program was developed with over 30 years experience in teaching children respect, confidence and self-discipline. Striving for Excellence gives our members the opportunity to discuss, practice, and apply character development traits in their lives. The program includes a Karate Kids Workbook and a Karate Tykes Colouring book which children complete each month at home. The lessons outlined in the workbook are designed to accompany the “Word of the Month” which instructors discuss with students during each class.

The Word of the Month for January is

Too many people make the mistake of assuming that a very successful athlete or artist or business person was essentially lucky, somehow born with the physique, brains or whatever was necessary to succeed in their chosen field. But more often than not, the champion figure skater who makes salchow jumps look easy wasn’t born knowing how to spin in the air gracefully. She learned it through years and years of consistent practice.

At Douvris Martial Arts we have made mindfulness a key component of our dojo culture. To encourage members to carry these intentions outside of the dojo, we have created a monthly blog series with tips and tricks from members of your community.

Read our Mindfulness with Douvris blog posts online, or sign up to receive monthly mindfulness reminders straight to your inbox!

Our Total Body Training kickboxing fitness trial offer includes a 3 Class Pass for $19.95. This offer is available at 7 of our Ottawa training facilities.

Get Fit with Sensei Nick for FREE!

Word of the Month: Perseverance

We think it so important that we made “Perseverance” one of our 12 recurring “Words of the month”.

Get fit with Sensei Nick for FREE!

You’ll work your core to it’s max with this 30 minutes workout at home! No equipment needed!

Your holiday shopping starts at Douvris! Here at Bank St. we have holiday merch gift packages available including a crew neck, long sleeve shirt and student creed sticker for $70 + tax. We even have our limited edition bomber jackets available until December 20th!

Word of the Month: Courtesy

There are many things I’m sure we would all love to leave behind in 2020 that we have little control over, but this is my list of things I think we can definitely work on leaving behind in 2020 to lead more mindful and happier lives here in 2021.

Get Fit with Sensei Nick for FREE!

Word of the Month: Perseverance

We think it so important that we made “Perseverance” one of our 12 recurring “Words of the month”.

Everyday for the next however many days we have on this spinning ball of solids, gases and liquids you will have to open your eyes and attempt to seize the day. This is something that, ideally, will happen day in and day out. It’s something we can rely on in this constantly changing and chaotic…

Get fit with Sensei Nick for FREE!

You’ll work your core to it’s max with this 30 minutes workout at home! No equipment needed!

Get promotions and great content delivered to your inbox

we send one per month with a special promotion.

We're cool and won't sell your info and you can cancel anytime at the bottom of each newsletter.

Something went wrong. Please check your entries and try again.